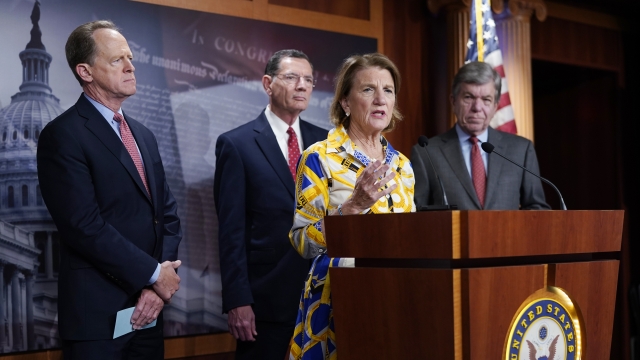 Senate Republicans unveiled their latest infrastructure counterproposal and say they're confident the White House will like it.

Republicans previously rejected the Biden administration's latest offer of $1.7 trillion — down from the original $2.3 trillion proposal.

The GOP originally offered a $568 billion plan and then one that was about $50 billion more.

They say this latest proposal will not require raising taxes and focuses more on physical infrastructure.