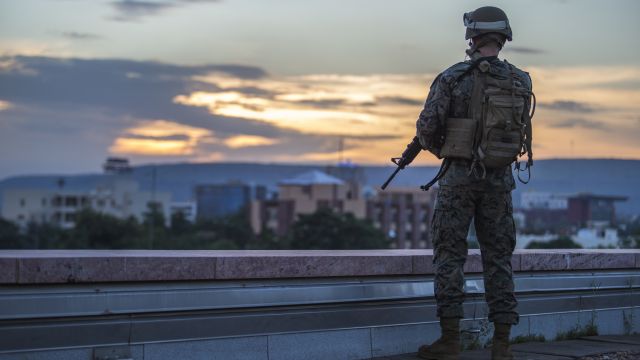 The bill slashes the State Department's security and construction funding by 50 percent.

Some GOP senators want the U.S. to move its Israel embassy to Jerusalem. And they're willing to slash diplomatic security to do it.

Israel claims its capital city is Jerusalem. So does Palestine. The U.S., like most nations, keeps its embassy in Tel Aviv to avoid the issue.

Senators Dean Heller, Ted Cruz and Marco Rubio want to change that with the Jerusalem Embassy and Recognition Act. The bill would cut the State Department's embassy security and construction budget in half until a U.S. embassy in Jerusalem is opened.

Embassy security has been a big concern for these senators in the past.

"Before the attack in Benghazi, what had we done specifically to help them build their security capacities?" Rubio asked then-Secretary of State Hillary Clinton in a hearing.

And Cruz asked Joint Chiefs of Staff Chairman Martin Dempsey, "If the State Department had requested additional security so that there was additional boots on the ground in Benghazi, is it your military judgment that would have prevented the loss of four lives, including our ambassador?"