Some GOP Members At Odds With Trump Over National Emergency 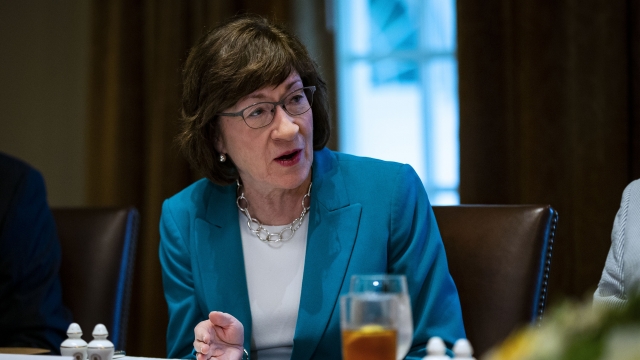 A resolution of disapproval of President Donald Trump's national emergency declaration is putting some Republicans at odds with the White House.

Tillis wrote an op-ed in the Washington Post  Monday voicing support for the President's position on border security but calling the national emergency the wrong answer to alleviate the border security fight with Democrats.

At least four Republicans will need to vote with Democrats to pass the legislation in the Senate.

Over in the House, Michigan Congressman Justin Amash, a conservative libertarian and only Republican co-sponsor of the bill tweeted:

"The same congressional Republicans who joined me in blasting Pres. Obama’s executive overreach now cry out for a king to usurp legislative powers. If your faithfulness to the Constitution depends on which party controls the White House, then you are not faithful to it."

Some Republicans worry a future Democratic president could declare a national emergency for a more liberal leaning agenda. But ahead of the vote, House Minority leader Kevin McCarthy urged his party to support the President.

"The President does [have] the authority since 1976 more than 60 times presidents have declared emergencies," said Republican U.S. House of Representatives Minority Leader Kevin McCarthy. "What we see happening along the border, the amount of drugs, the amount of deaths in America, the human trafficking that's coming across the overwhelming problem there. So the President has the authority to do it and we will uphold him."

President Trump called on Republican Senators to stick with him and vote against the bill.

As the House moves the legislation over to the Senate it's unclear what exactly will happen there. And even if it does pass the president has said he would use his veto authority to stop any measure that seeks to derail his emergency declaration.