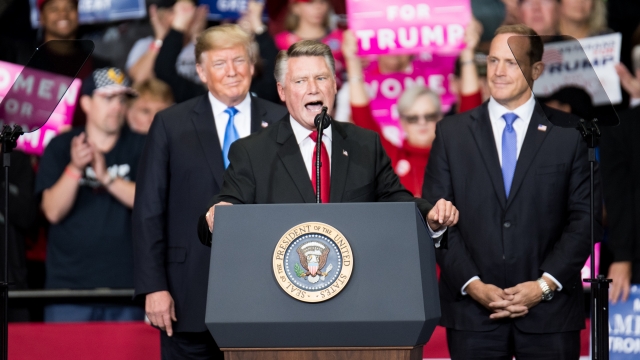 After months of back-and-forth over the legitimacy of his win, Republican Mark Harris announced Tuesday he will not run in the new election for North Carolina's 9th District.

Harris cited health reasons for why he's dropping out, saying in a statement he's dealing with an "extremely serious condition" that will require surgery at the end of March. Harris said last week he was still struggling after a blood infection led to him having two strokes.

Harris was initially declared the winner of North Carolina's 9th District House race last year after beating Democrat Dan McCready by less than 1,000 votes. But some voters alleged Harris' campaign collected and finished their absentee ballots, which is illegal. North Carolina's State Board of Elections refused to certify his win and opened an investigation into whether a man working with Harris' campaign tampered with ballots.

Last week, the state's election board held a hearing on the contested race and ultimately decided to hold a new election. The board has yet to set a date for the new election, which also includes a new round of primaries. McCready has already announced he's throwing his hat into the ring again.