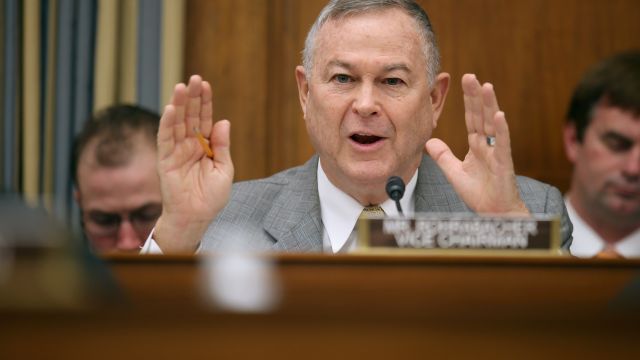 During an interview with an Albanian TV station, Rep. Dana Rohrabacher said: "My own inclination is Macedonia is not a country. I'm sorry, it's not a country."

Rohrabacher is a Republican representative from California and chairs the House Foreign Affairs Subcommittee on Europe, Eurasia and Emerging Threats.

And Macedonia is a Balkan country formed in 1991 during the breakup of Yugoslavia.

Macedonia isn't in the best political shape right now — anti-government protests have led to early elections, which have so far failed to produce a ruling coalition of parties to lead the government. 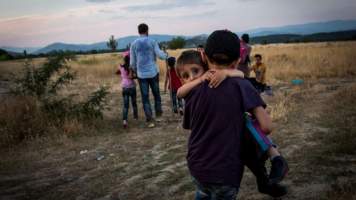 Thousands Of Migrants Are Stuck Between Macedonia And Greece

But it's still functioning well enough to take offense at Rohrabacher's comments, accusing him of trying to "inflame nationalist rhetoric in the neighboring regions."

During the rest of his interview, Rohrabacher floated the idea of ethnically partitioning Macedonia among Kosovo, Bulgaria and other nearby countries. He pitched a similar idea about the Serbia/Kosovo border to the Serbian president last week.

Rohrabacher's previously faced criticism for his pro-Russian stances. He was briefly rumored to be a possible candidate for secretary of state under President Trump.

The U.S. State Department has confirmed it still recognizes Macedonia as a sovereign nation.