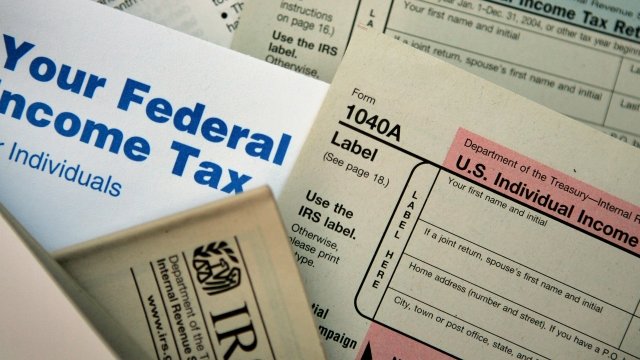 SMS
Republicans Must Resolve This Big Issue Between Their Tax Bills
By Briana Koeneman
By Briana Koeneman
December 4, 2017
Members of the House and the Senate need to resolve one big issue to reconcile their versions of the tax bill — the Obamacare individual mandate.
SHOW TRANSCRIPT

There's one big issue members of the House and the Senate need to resolve in order to reconcile their versions of the GOP tax bill — the Affordable Care Act's individual mandate.

The Senate's version of the legislation effectively repeals the mandate, which imposes a penalty on Americans who don't sign up for government-approved health insurance.

If the Senate's proposal makes it into the final version of the bill, people will soon be able to forgo insurance coverage and won't be subject to a fine. 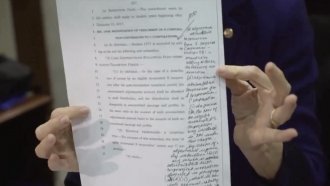 Problem is, the House's tax bill doesn't touch the individual mandate. And the Senate's proposal is a big red flag for some insurance companies and those who support the Affordable Care Act.

As we've previously reported, the mandate is a key component of a functional Obamacare marketplace. Requiring healthy people to pay into the market allows for lower premiums. And if the only people buying insurance are those who need to use it, premiums will go up.

Lawmakers have to reconcile the House and Senate versions of the tax bill before sending it to President Trump for his signature. Trump said last week he hopes to sign a final version before Christmas.