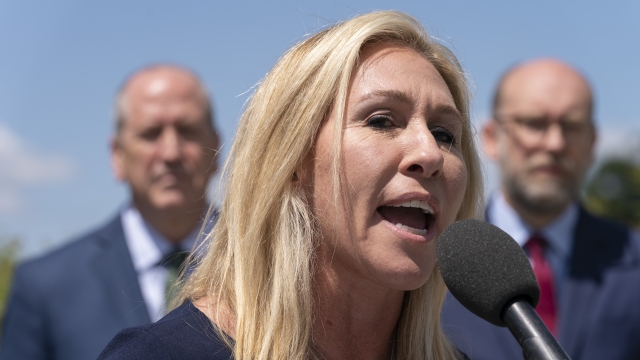 Despite condemnation from her own party, Congresswoman Marjorie Taylor Greene is standing by her comments equating congressional face mask requirements with the discrimination against Jews in Nazi Germany leading up to the Holocaust.

House GOP leader Kevin McCarthy condemned Greene's initial comments Tuesday — several days after she made them. He called them "wrong" and "appalling."

"These are sickening reprehensible comments and she [Rep. Marjorie Taylor Greene] should stop this vile language immediately," Schumer said.

House lawmakers, including 11 Republicans, voted to strip Greene of her committee assignments earlier this year for previous violent and conspiracy-theory-driven comments she made.