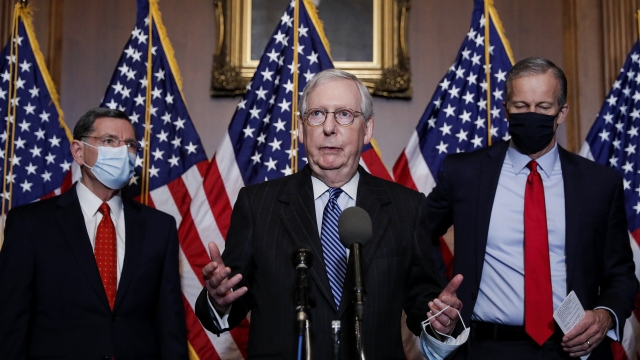 SMS
GOP Leader Mitch McConnell Acknowledges Biden Victory
By Jay Strubberg
By Jay Strubberg
December 15, 2020
The top Republican in the Senate said, "The Electoral College has spoken." This comes one day after they voted to affirm Biden as president-elect.
SHOW TRANSCRIPT

As the president-elect fills out his Cabinet selections, the top Republican in the Senate is acknowledging Biden's victory.

With some exceptions, Republican lawmakers have been reluctant to state that Biden won as President Trump challenged the outcome while raising false accusations of voter fraud.