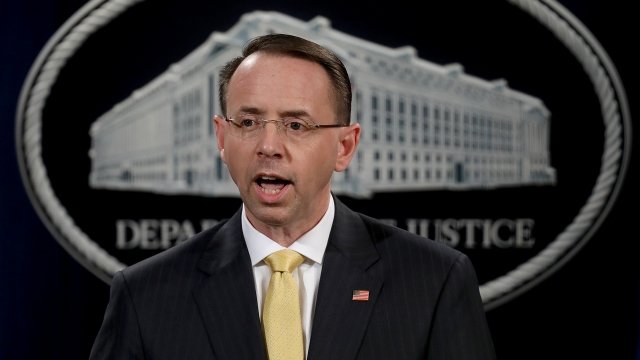 And Rosenstein pushed back against the report in a House Judiciary Committee hearing, noting "there's no way to subpoena phone calls."

Meadows and Jordan have both been critical of how the Justice Department and Rosenstein have handled the investigation into Russian meddling in the 2016 U.S. presidential election.

Politico reported just last week that the two lawmakers were were looking to drum up support in Congress to impeach Rosenstein.