House Immigration Bill Would Ban Separating Families At The Border 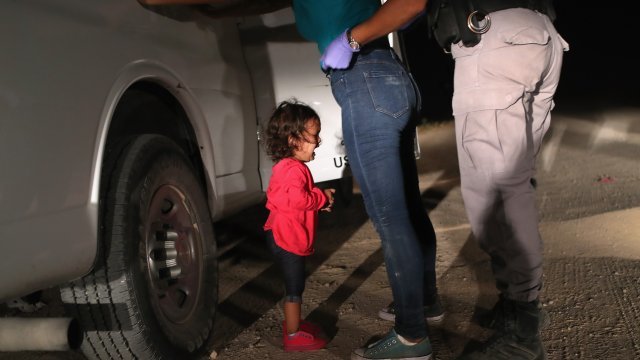 It looks like a Republican immigration bill will address a controversial issue: separating children and parents at the border.

Speaker of the House Paul Ryan previously said the House will vote on two immigration bills next week.

On Wednesday, California Rep. Jeff Denham told multiple media outlets that the GOP compromise bill will include a provision that prohibits separating children and parents at the U.S. border.

The practice has attracted a lot of attention, especially in recent weeks. The government has stressed its "zero-tolerance" policy at the border, and officials said families get separated as a result of prosecution.

A senior GOP aide confirmed to NBC News that a provision addressing this issue will be in any bill Republicans write. But the compromise legislation is just a framework, so we don't yet know exactly what protections lawmakers have in mind.