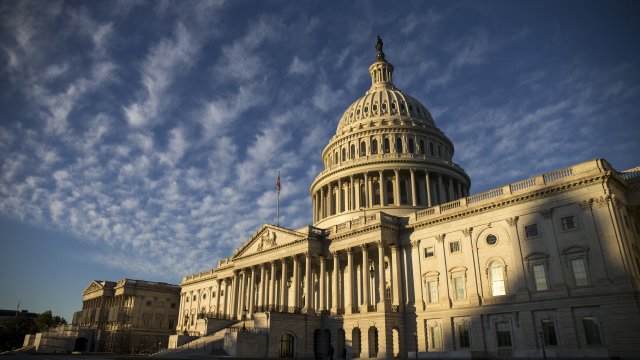 The 2018 midterms were frequently dubbed "Year of the Woman 2.0," at least for Democrats. To avoid more losses in the future, Republicans are placing a new emphasis on recruiting female candidates.

"The Republican Party's problem with women long predates Donald Trump. I think regardless of who our president is, we're going to continue to have a problem with women so long as we're not doing a better job of appealing to them," said Olivia Perez-Cubas, communications director of Winning for Women.

The new group Winning for Women is trying to fix that for GOP. Democratic women thinking of running have typically had a lot of resources, like EMILYs list. But more resources from Republican women like U.S. Rep. Elise Stefanik — one of just 13 Republican women in the House — may help level the playing field a bit after troubling results in 2018.

So what happened? Some have pointed fingers to President Trump, who hasn't garnered lots of support among female voters. But others say this is a problem that's been an obstacle for a while now.

"Republican men are markedly less interested in having more women in office than sort of all other groups of people generally," said Melissa Richmond, chief strategy officer of Running Start, an organization that works to elect female lawmakers on both sides of the aisle. "So I think that the difference in culture in the party plays a little bit of a part there."

That cultural hurdle can make it much harder to get Republican women through tough races, especially during primaries.

"Primary voters tend to be real partisans and they want the candidates to be strong on certain issues. So women are viewed as more moderate and they're also viewed as less qualified on issues like national security and the budget, which are really important to primary voters," Richmond said.

But one Republican woman thinking of running for Congress says she still feels optimistic, in large part due to the support she felt early on.

"I just know as being a girl born in Baltimore, coming from Virginia, that if you can have such a wide range of different type of women from all different backgrounds who just immediately seeing you, talking to you, just want to give all hands in, I think it was really not only special to me, but it was really helpful to know that people support you," said Maria Vismale.