Lines Of Questioning At Peter Strzok's Hearing Were Hyperpartisan 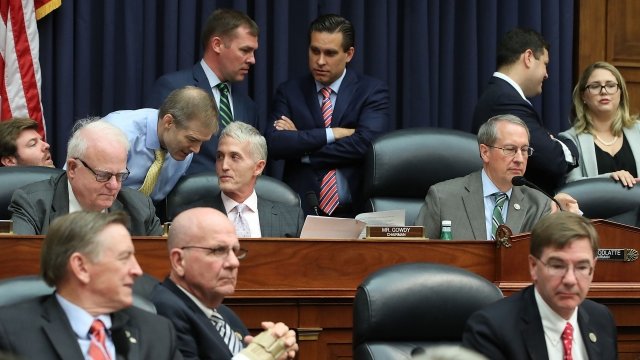 Not surprisingly, Thursday's joint hearing of the House judiciary and oversight committees was hyperpartisan.

Republicans and Democrats of both committees questioned FBI agent Peter Strzok. The questions from Republicans mainly centered on his text messages with fellow FBI employee Lisa Page and their anti-Trump sentiments.

"When you are prejudging the conviction and the sentencing when you have not conducted a single solitary interview, I'm sorry, agent Strzok, but that is letting your bias impact your professional judgment," Rep. Trey Gowdy said.

Democrats came to Strzok's defense and highlighted their frustration with their Republican colleagues.

"If I could give you a Purple Heart, I would. You deserve one. This has been an attack on you and a way to attack Mr. [Robert] Mueller and the investigation that is to get at Russia collusion involved in our election," Rep. Steve Cohen said.

For his part, Strzok wasn't afraid to defend himself and his right to have personal political beliefs.

"So this false assertion that you're making that political personal belief must equal bias, that somehow we've merged the two words together in the dictionary, is one of the triumphs of what's been going on recently that I cannot disagree with more," Strzok said.