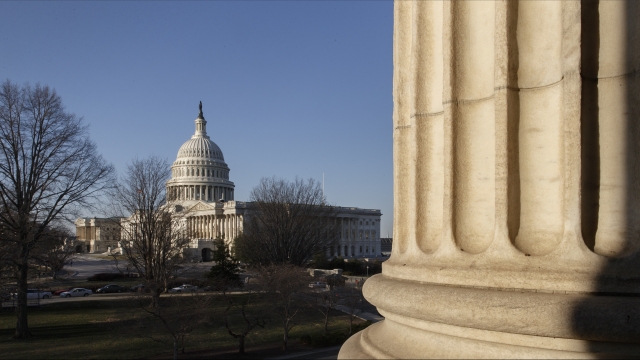 A second stimulus bill has been stalled as GOP leadership struggles to agree on key provisions.

Republicans are facing pressure to move forward with a new coronavirus relief package as the unemployment rate continues to rise.

A second stimulus bill has passed the House but stalled in the Senate as GOP leadership struggled to agree on key provisions. Leaders also can't decide on when the $3 trillion package should be passed as states begin to reopen.

Nearly 39 million people have filed jobless claims since lockdowns began mid-March. The April jobs report showed the unemployment rate rose to almost 15 percent. That's higher than at any point during the Great Recession.

The next unemployment report is due out next week and a senior White House adviser says it could show the number of out of work Americans rise even more.

"It's going to be quite a bit higher, there were some technical things that were kind of messed up, in an economics lecture we would go into them, it could be if they fix the numbers, if they fixed the things that they mischaracterized last time, they may end up with a number north of 20 percent in May," said Kevin Hassett, Senior Economic Adviser to President Trump.

He also says he believes the jobless number will start falling after June. But the unemployment rate could still be in double-digits as late as November.