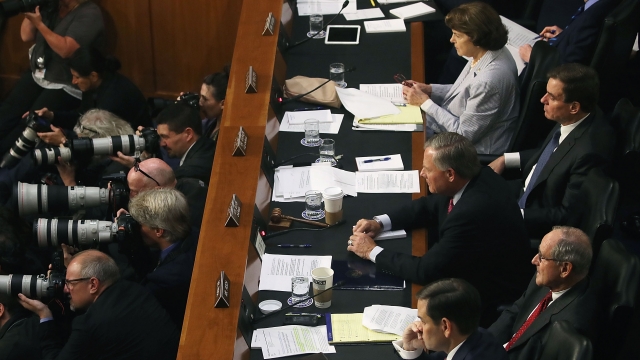 "This is the president speaking: 'I hope you can see your way clear to letting this go, to letting Flynn go. He's a good guy. I hope you can let this go,'" Republican Sen. James Risch of Idaho said.

That part of the written testimony from former FBI Director James Comey had Republicans and Democrats spinning very different stories.

Republicans used it as proof President Donald Trump did not try to interfere in an FBI investigation.

"Do you know of any case where a person has been charged for obstruction of justice or, for that matter, any other criminal offense, where they said or thought they 'hoped' for an outcome?" asked Risch.

"If this seems to be something, the president's trying to get you to drop it; this seems like a pretty light touch to drop it," said Republican Sen. James Lankford of Oklahoma.

Democrats came to the opposite conclusion.

"But you also said in your written remarks, and I quote, 'That you had understood the president to be requesting that we drop any investigation of Flynn,'" said Democratic Sen. Dianne Feinstein of California.

"You've told us the president asked you to back off the Flynn investigation," said Democratic Sen. Martin Heinrich of New Mexico.

"Had the president got what he wanted and what he asked of you, what would have been the affect on the investigation?" asked Sen. Ron Wyden, a Democrat from Oregon.

"Well, we would have closed any investigation of Gen. Flynn," Comey answered. 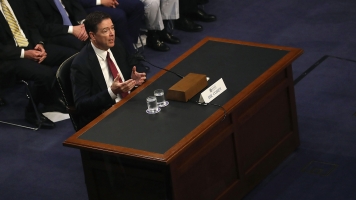 Comey himself tried to address the conflicting interpretations during the hearing — but the two tales from one testimony are likely to continue.

"I took it as this is what he wants me to do. I didn't obey that, but that's the way I took it," Comey said in response to Risch's question.