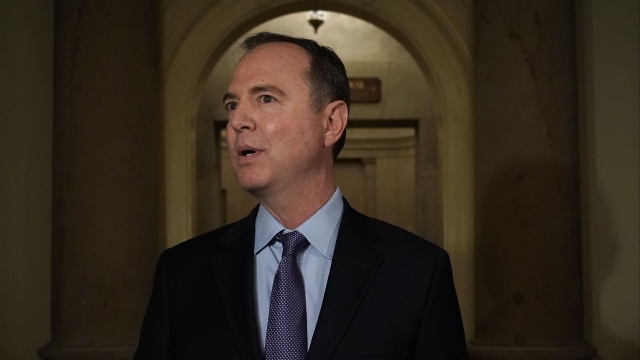 Multiple Republicans are calling on House Intelligence Committee Chairman Adam Schiff to resign after a summary of special counsel Robert Mueller's report said there was no evidence the Trump campaign conspired with Russia in 2016.

Republicans allege Schiff pushed a false narrative that President Donald Trump's campaign coordinated with Russia to influence the 2016 presidential election, and they say he should face consequences.

Rep. Dan Crenshaw accused Schiff of using his position on the intel committee "to convince the American people that [he] had access to evidence of collusion." He added: "You lied and misled in order to pursue your political agenda. Move on."

Donald Trump Jr. also attacked the chairman on Twitter, saying "it must be embarrassing to have have spent the last 2 years as the leader of the tinfoil hat brigade and have it all come crashing down so quick. I'm legitimately concerned for his mental state."

But some of Schiff's colleagues have come to his defense. A spokeperson for House Speaker Nancy Pelosi told The Hill, "Chairman Schiff has done an outstanding job and that's the reason why he's subject to these ridiculous attacks." Rep. Elijah Cummings tweeted Schiff "is one of our smartest Members of Congress" and that "the GOP is taking a page out of their partisan playbook by attacking him — without even reading the Mueller report."

Schiff tweeted Sunday that he "trust(s) Mueller's prosecutorial judgment" but added that "the entire report must be published and evidence provided to Congress so the American people can judge for themselves." Schiff and many other Democrats are currently pushing Attorney General William Barr to release Mueller's full report.