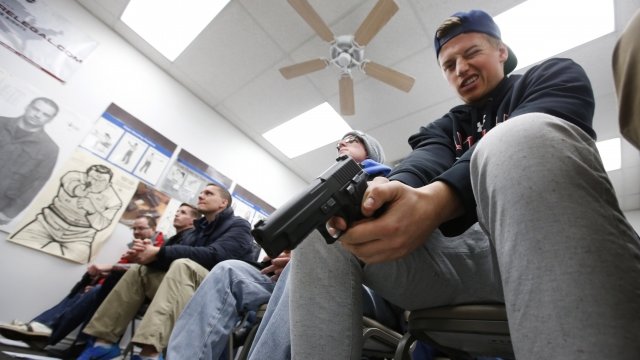 SMS
Republicans Argue Concealed Carry Permits Are Like Driver's Licenses
By Ryan Biek
By Ryan Biek
December 6, 2017
Republicans in the House argue concealed carry permits should be honored nationwide, just like U.S. driver's licenses, but others aren't so sure.
SHOW TRANSCRIPT

Republicans in the House argue concealed carry permits should be honored nationwide, just like driver's licenses.

They've proposed the Concealed Carry Reciprocity Act, which would ensure a valid concealed carry permit in one state is valid in any other state that also allows concealed carry.

Critics fear if this proposal passes, states with the strictest gun standards might have to honor the most lax rules from elsewhere.

Advocates of the bill argue states require different amounts of driver's education, but anyone can use any road across the U.S.

But you still need a license to drive. The Atlantic notes 12 states let residents carry guns without a permit. 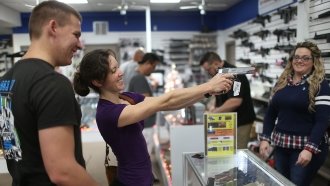 Now, here's where the argument in favor of the bill changes a bit. Its main sponsor notes driving is a privilege but argues the Second Amendment is a right — one that extends over state lines.

But the amendment's language is notoriously ambiguous, which can leave it open for debate.

It wasn't until 2010 that the Supreme Court ruled Second Amendment rights applied nationwide — but the high court also said in another case the amendment is open to regulation, including rules for concealed carry.

But that stat seems to be from a survey done over a year and a half ago, and opinions might've changed since then.