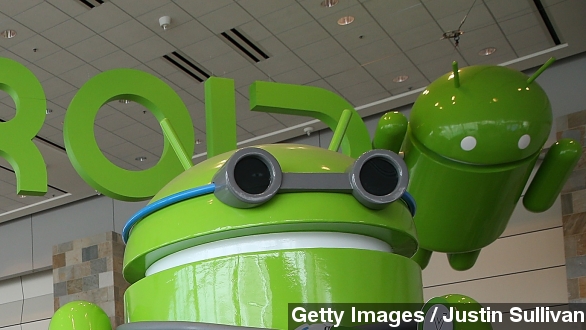 Google is thought to be preparing a flavor of its Android operating system for virtual reality platforms.

Insiders tell The Wall Street Journal Google has “tens of engineers” working on the VR version, which will be publicly distributed the same way stock Android is.

That’s where details start to run out, but industry observers think they have an idea of what’s going on.

VR is taking off. Oculus, Valve and HTC, Samsung and Sony are all drumming up interest for their headsets, even months before most of them make it to market.

It’s thought Google wants to jump in before it gets left behind. In this case, that means using its software expertise instead of an actual device.

9to5Google expects Android for VR will be cross-platform “by providing software that can be run on any headset to power virtual reality applications, just as it as for smartphones with Android and smartwatches with Android Wear.”

GigaOM says the VR operating system is “currently a fragmented space that feels secondary to creating games and other content. Google is obviously in a good place to develop a respectable option.”

And Google’s been dipping various virtual toes in the water. Rumors of VR software development would align with some of the company’s other projects.

Last year it debuted Cardboard, which wraps up an Android smartphone as a temporary 3-D headset. (Video via TechCrunch)

And it’s been developing 3-D sensing and mapping from Project Tango’s camera-laden smartphones.

It’s not clear how much progress Google’s new Android team has made, or what relationship all these projects might have to each other.

But more details could emerge at the company’s I/O developer conference in May.  That’s where it showed off Cardboard progress last year.