Google To Use Nanoparticles, Wearables To Detect Disease 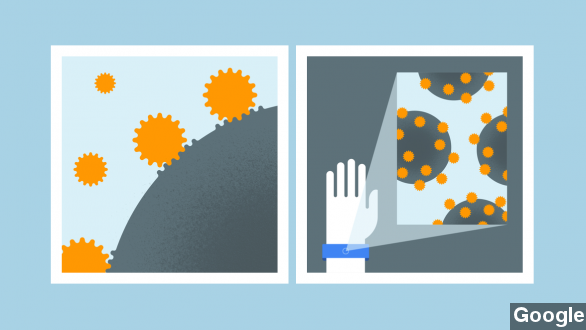 SMS
Google To Use Nanoparticles, Wearables To Detect Disease
By Mikah Sargent
By Mikah Sargent
October 29, 2014
Google X wants to improve modern medicine with nanoparticles and a wearable device. It's all an attempt to tackle disease detection and prevention.
SHOW TRANSCRIPT

Google X — you know, the team behind Google's self-driving cars and contact lenses that measure glucose levels — is at it again.

This time, the company's looking to tackle disease detection and prevention by pairing tiny, tiny ingestible particles with a wearable device that can monitor those particles. (Video via The Wall Street Journal)

The concept itself isn't too difficult to understand. Certain diseases have specific biomarkers — in cancer, for example, diseased cells might have proteins not present in normal human cells.

Google's nanoparticles would be crafted to target these biomarkers — the proteins in the cancer cells — and communicate that information back to the wearable device.

It's all an attempt by Google to treat diseases long before symptoms begin to manifest — to tackle breast cancer before a screening reveals a tumor.

In an interview with Backchannel, Google X Project Manager Andrew Conrad, said this addresses a flaw in modern medicine.

Conrad went on to compare the hardware to a Tricorder — the device used by characters in Star Trek to identify ailments, analyze data and more.

And while the company is hoping to bring this technology to market as soon as it can, there are plenty of challenges it will have to overcome.

Realistically, industry experts say the tech is "more than five years off." The Wall Street Journal points out Google still has plenty of technical issues to address — How many nanoparticles need to be ingested? How exactly will they target specific cells? — And one major social issue: in a society that's increasingly favoring privacy over almost anything else, how do you convince people to let Google essentially invade their body?

But a writer for The Verge notes "more than 100 Googlers are now working on the project," all working to undermine what Andrew Conrad identifies as their foe: "unnecessary death."

If you want to learn more about Google X's attempt at a Tricorder, we recommend you check out the entire interview over on Backchannel.