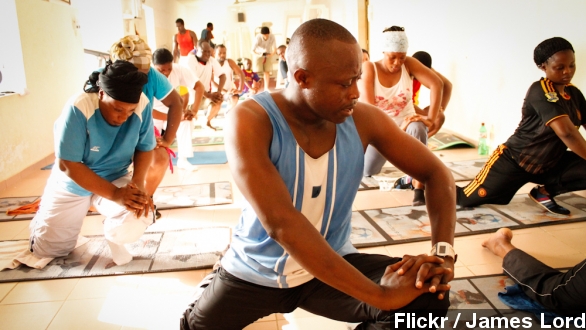 For those trying to maintain that swimsuit body, an easier way to monitor your progress is on the horizon. It has been speculated that Google will announce its latest development, Google Fit, in just two weeks.

"​Google says it'll allow consumers to track health-related data through fitness devices and an app. The site will launch the new service during the Google I/O developers' conference in San Francisco." (Via WINK-TV)

Google is not the first company to attempt something like this. Last month Samsung announced its latest innovation, S.A.M.I., a wristband that collects and analyzes data in order to answer the user's health-related questions.

And just last week Apple released information about HealthKit, a health-tracking technology that will also enable fitness apps to share and analyze data.

According to Gizmodo, there is still some uncertainty about how Google Fit will be presented. It might be a stand-alone app or an interface programmed into a wearable Android device.

Of course, there are some reservations about the technology. According to GigaOM, Google may face issues with the FDA. It is possible the company will need high-priced medical approval if Google Fit is deemed a medical device.

You may remember Google has attempted to cash in on the health trend before. Google Health was an online service that provided a way for people to track their health care, but it was shut down in 2012 after it didn't take off like the company had hoped.

Will Google be more successful this time around? Only time will tell — until Google I/O, smartphone users will just have to keep fit the old-fashioned way — with multiple apps.