Google Teams Up With Health Pros For Medical Searches 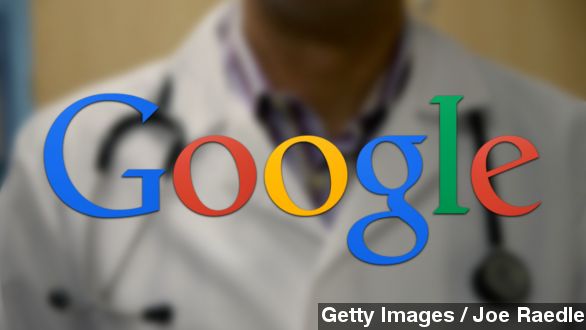 SMS
Google Teams Up With Health Pros For Medical Searches
By Jake Godin
By Jake Godin
February 10, 2015
Google has updated its Knowledge Graph search aid to give folks more information when they're researching their symptoms and sicknesses.
SHOW TRANSCRIPT

If you're the type who, at the first sign of a cough or sniffle, scours the Internet for possible ailments, then Google's got something for you — a revamped search page for everything from whooping cough to shingles.

Google announced Tuesday it will be rolling out improved medical information for its Knowledge Graph search page. This is what it'll look like on a phone.

Knowledge Graph, for those unfamiliar, was introduced by Google in 2012 and uses information from sources such as the CIA World Factbook and Wikipedia to enhance search results.

The goal is to speed up searches so it doesn't take you too long to figure out if your friend has a concussion or whether your kid has pink eye. (Video via Google)

If either of those do happen, and hopefully they don't, you'll now get an information box full of more related symptoms, treatments and critical facts than you can shake a thermometer at.

Speaking to USA Today, Google's vice president of search says an average of 11 doctors vetted each fact and the Mayo Clinic reviewed all 400 conditions.

This isn't Google’s first foray into health care, either. The tech giant experimented with giving users a digital hub to manage health information with Google Health back in 2008. It was eventually discontinued in 2012 due to lack of use.

In October last year, Google also revealed it was testing a doctor video chat service similar to its Helpouts service. There's been no word on that since, so it's most likely still in testing.

This is just the latest in a string of updates to Google's search results page. Earlier this month, a mortgage calculator was quietly launched, and in January it was reported Google was readying itself to provide car insurance in the U.S.

Of course, even with the new search result information, Google still recommends calling your doctor if you have any medical concerns. The enhanced search results are being rolled out Tuesday.