Google's Alphabet Takes Down Apple To Be Named 'Most Valuable Company' 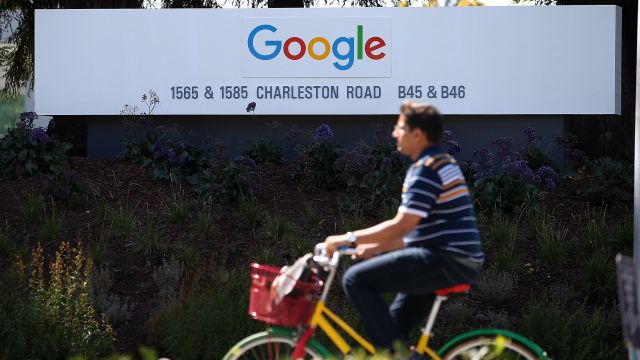 SMS
Google's Alphabet Takes Down Apple To Be Named 'Most Valuable Company'
By Katie Link
By Katie Link
February 1, 2016
The restructuring at Google seems to be paying off, since its new parent company, Alphabet, stole Apple's spot as the most valuable company.
SHOW TRANSCRIPT

For the first time in more than four years, Apple is not on top. On Monday, Google’s parent company, Alphabet, became the most valuable company in the world.

The two tech companies have been neck and neck for months, but after Alphabet posted record profits in the fourth quarter, shares of the company spiked in after-hours trading. According to CNBC, the value of the company has grown to nearly $570 billion.

To put that in context, Apple is valued at about $535 billion.

Alphabet’s rise to the top is pretty impressive considering the company is only about six months old. If you’re not familiar, back in August executives from Google decided to do some restructuring to separate the company’s moneymakers from the riskier, innovative businesses. (Video via KGO-TV)

And, as Google continues to rake in money thanks to advertising, the other arms of the parent company seem to excel at generating a lot of buzz. Because what else would we talk about other than self-driving cars and Internet balloons?

And that may be where Apple is falling behind. Some say the tech company’s reliance on the iPhone and lack of new products could be dragging the company down.