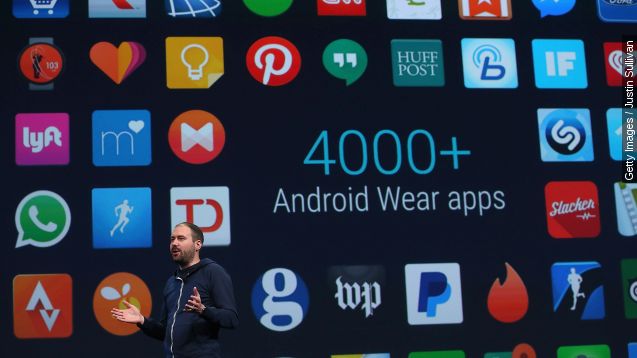 The new lower minimum costs are supposed to encourage those in countries like Brazil and Chile to install more paid apps because as Google says in its blog, "Purchasing behavior ... varies significantly between markets."

There are 1.4 billion active Android users worldwide, many of whom live in emerging markets in Asia, Latin America and Eastern Europe. Users in these places, who often have lower incomes than users in other areas, can now buy Google apps at less than half the original price. (Video via Google)

The minimum price in countries like Brazil, Turkey, Mexico and Russia is now roughly 26 cents per app. That's about a quarter of what users in the U.S. and Europe pay. (Video via Google)

It's still up to the developers to price their apps, though the move does pressure app makers to lower their prices.

Google chose a minimum price for each of the 17 countries after a successful pilot in India, where lowering the prices of apps boosted downloads. (Video via Google)

The company notes that first-time smartphone owners in countries like India, Indonesia and Vietnam are driving much of the growth on Google Play. (Video via Google)