Google Has A Cool New Wearable, But It's Not For Consumers 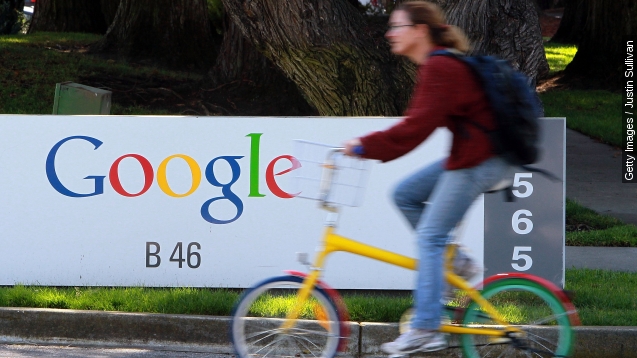 Google X is ready to test out its new wearable, but it won't be hitting the consumer market any time soon; and that's not necessarily a bad thing.

Google has created one of the most accurate and complex health-tracking wearables ever, and you’re probably not going to get the chance to use it.

Google X — the firm’s experimental research division — created a device you wear on your wrist that measures pulse, heart rhythms, skin temperature and a number of external factors; like noise levels and the amount of light in the area surrounding a wearer.

Sounds like the perfect fitness tracker, and maybe even sleep monitor? Too bad it isn’t ever going to hit the consumer market.

Andy Conrad, Google’s head of life sciences, told Bloomberg, “Our intended use is for this to become a medical device that’s prescribed to patients or used for clinical trials.” (Video via The Wall Street Journal)

Google does offer similar health-monitoring features in its Android Wear software — so does Apple using HealthKit  — but those just can’t hack it when it comes to research.

A Medidata Solutions blog post outlines a talk one of Pfizer’s R&D leaders gave, when he explained just how poor wearables can be at collecting data for study.

"[He] cautioned against the use of wearable devices in clinical trials without a clear plan in place, which he likened to 'using a hammer to look for nails.'"

Conrad’s vision for the future of the project is simple: physicians could one day give the wearable to all their patients — healthy or otherwise — and maybe even use the devices to spot early signs of sickness. (Video via Pfizer)

That might’ve seemed far-fetched a few years back, but thanks to people’s general acceptance of the wearable market, now might actually be the perfect time for Google X’s holy-grail of wearables to take the health industry by storm. (Video via Google)

Google has said it will be collaborating with academics and drugmakers in testing the device’s accuracy beginning this summer.