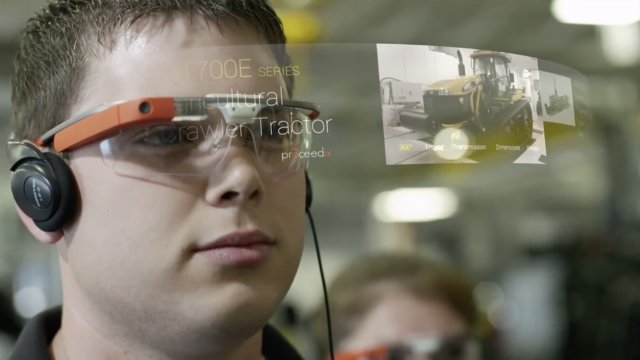 SMS
Google Glass Is Back From The Dead — But You Won't Be Able To Buy It
By Casey Mendoza
By Casey Mendoza
July 18, 2017
The "Glass Enterprise Edition" is now available to manufacturing, agricultural and health care companies.
SHOW TRANSCRIPT

The long-abandoned Google Glass project is getting a second chance — but not for consumers.

Developers said Tuesday the new "Enterprise Edition" of the gadget is now more widely available for companies in manufacturing, agriculture and health care. For the past two years, companies testing out the new version of Glass have said they've seen better worker efficiency.

Companies like DHL and Volkswagen said they like Google Glass because it's hands-free and wearable, which lets employees consult instructions, resources or even remote video support without looking away. 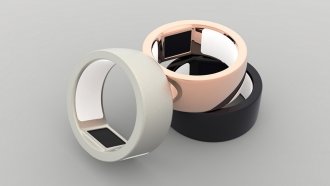 Smart Ring 'Token' Wants To Do It All — But Can It Survive?

Glass' revival comes two years after Google halted sales of the gadgets for consumers. Back then, critics called the project an expensive failure.

And in those two years, the industry has moved on to other consumer tech built around augmented and virtual reality.

For example, take those filters and lenses on Snapchat and Instagram Stories. Both use augmented reality to make their apps more appealing. And with over 400 million daily active users between them, it seems to be working.

Other companies, like Samsung and Google, are upping their virtual reality efforts to stay competitive in the growing virtual reality headset market. Experts say AR and VR devices could sell almost 100 million units by 2021.

Despite the success of AR and VR tech in the consumer market, Glass will be solely developed for the business sector, and, as far as we know, there are no plans yet to expand beyond that.