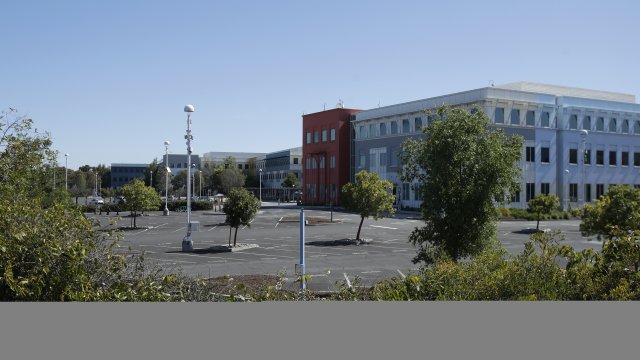 SMS
Google And Facebook May Let Staff Work From Home Through End Of Year
By LeeAnne Lowry
By LeeAnne Lowry
May 8, 2020
Google says most employees will work at home through October at minimum, while Facebook has already given the option to work from home all year.
SHOW TRANSCRIPT

Tech giants Google and Facebook may allow most of their staff to work from home for the rest of the year.

Google's CEO told most employees Thursday that they'll be working from home until October at minimum. The company will, though, allow offices to open in June or July with safety measures in place for those who need to go in. Last month, the company said it will stagger the return of employees to its campuses.

Earlier in the day, Facebook said employees can choose to stay home through the rest of the year. It also plans to have offices open over the summer for those who need them.

Other companies with large numbers of white-collar workers are also being conservative about sending employees back to workplaces. Amazon estimated many employees will be home through at least October, and Capital One told employees to plan to be home through Labor Day.