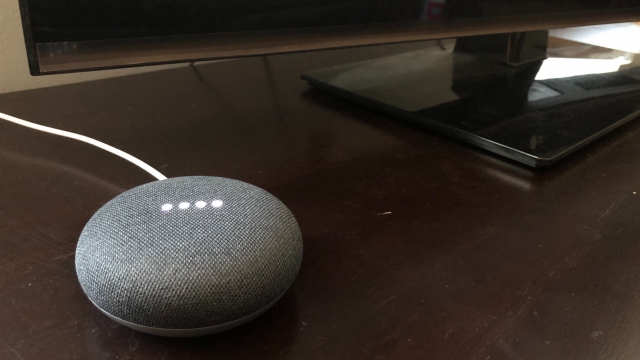 SMS
Google Accidentally Rolls Out Extra Listening Feature On Speakers
By Nathan Byrne
By Nathan Byrne
August 5, 2020
Google accidentally rolled out this feature during a software update. The company says it's since been disabled.
SHOW TRANSCRIPT

Google has admitted its smart speaker can detect everyday noises in your house.

People who have the Google Home device reported getting notifications from the speaker when it picked up background noises like a smoke alarm going off or glass breaking.

Google accidentally rolled out this feature during a software update. The company says it's since been disabled.

Google recently announced it's paying $450 million for a nearly 7% stake in security company ADT. The company will begin using Google Nest's internet-connected cameras as part of its customers' security systems.

There are already privacy concerns related to how Google makes money by selling targeted ads using data it gets on users when they — you know — Google things. The company's CEO also faced scrutiny just last week in front of Congress regarding big tech companies stifling competition. Additionally, the Justice Department has been investigating Google for a year, which could result in an antitrust lawsuit.

All this makes big acquisitions tough for Google to pull off right now, which could have something to do with its minority-stake purchase in ADT. The move makes Google ADT's largest stockholder.