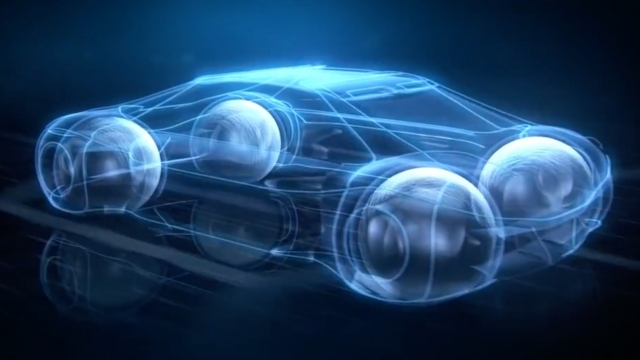 Goodyear's Eagle-360 spherical tire is a concept that debuted at the Geneva International Motor Show.

Even though these won't work with your current car, autonomous cars might have them someday.

Due to the tire's spherical shape, axles would be a thing of the past. Instead, the tires would connect to the car by magnetic levitation. How exactly the tires would convert a motor's power output to traction on the road isn't clear.

The result is a highly maneuverable tire that would potentially take longer to wear down — thanks, in part, to sensors that can take advantage of the omnidirectional design.

That same design will address other problems, too, like parallel parking more efficiently — which could be so much easier if cars could just go sideways.

Goodyear would also use sea sponge-inspired technology in the tires' grooves, which would help them better adapt to wet and dry road conditions.

Obviously, tech like this isn't ready for consumers, but that doesn't make the concept any less cool.

This video includes clips from The Goodyear Tire & Rubber Co., Mercedes-Benz, TheChromeblues / CC BY 3.0 and NASA.