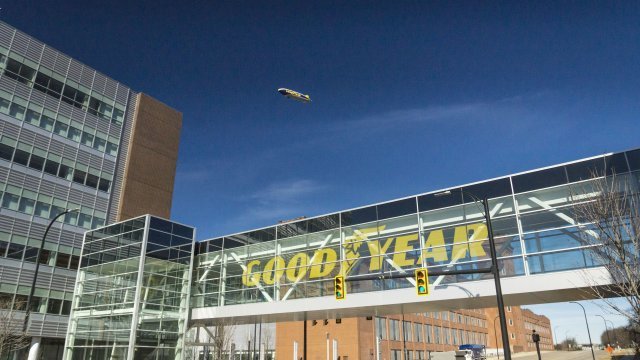 Employees showing up for work on Monday found the doors of the company's plant in the northern city of Valencia closed. Reuters first reported the shutdown.

Goodyear cited Venezuela's economic crisis and U.S. sanctions as reasons it's closing. It's one of the last foreign companies to pull out of Venezuela amid rising costs and a shortage of materials.

Last week, Ford Motor Co. offered much of the rest of its labor force in Venezuela buyouts.

The tire company is paying out severance packages for more than 1,200 employees, as well as offering them 10 tires each — which are reportedly very valuable because of shortages.

Venezuelan President Nicolas Maduro claims the issues with his country are due to political rivals waging an economic war against him with the help of the U.S.