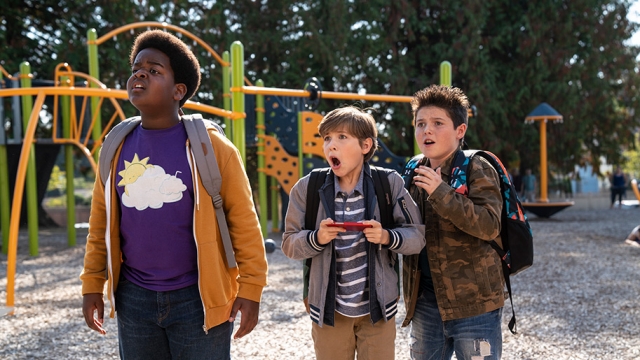 SMS
'Good Boys' Takes No. 1 At The Box Office And Makes Some Movie History
By Jamal Andress
By Jamal Andress
August 18, 2019
"Good Boys" is the first R-rated comedy to hold the No. 1 spot at the box office in more than three years.
SHOW TRANSCRIPT

Not only that, but it's the second best opening for any comedy this year, falling behind "Madea's Family Funeral."

What's more "Good Boys" is a solid critical hit. "Good Boys" carries an 80% on the tomatometer and, despite what you see in the trailer, does offer more than just children swearing for a couple hours.

Falling to No. 2 this week after spending the last two weeks at the top of the box office is "Hobbs & Shaw" bringing in an estimated $14 million in its third weekend out. That helps push the domestic total past $133 million and the worldwide total to $437 million.

And last but not least this week is Disney's "The Lion King" bringing in an estimated $12 million in its fifth weekend out.

As for next week, I've never been more thankful for my clinically sane in-laws.