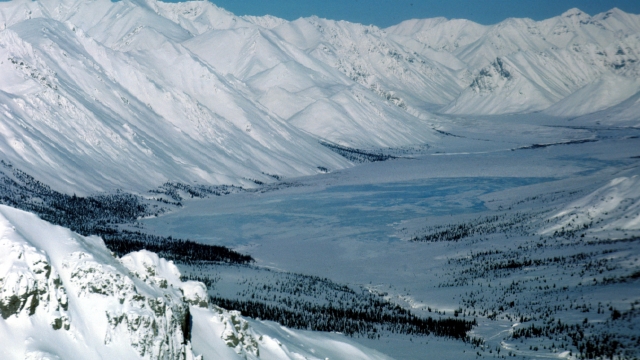 The bank announced it plans to invest $750 billion in areas of sustainable development in climate transition by 2030. It also designated the regions it will no longer loan money to for drilling. One of those regions is Alaska's Arctic National Wildlife Refuge, which President Trump is seeking to open for development.

In an opinion piece published in The Financial Times on Sunday, the bank's CEO writes, "There is not only an urgent need to act, but also a powerful business and investing case to do so." He adds, "Focusing on these specific goals gives us a set of metrics — such as the amount of carbon reduction and the number of people served — that we can track over time both for the companies and for ourselves."

According to environmental group Sierra Club, Goldman Sachs is the first major American bank to make this sort of commitment to end funding. It joins other large banks like the Royal Bank of Scotland and Barclays.