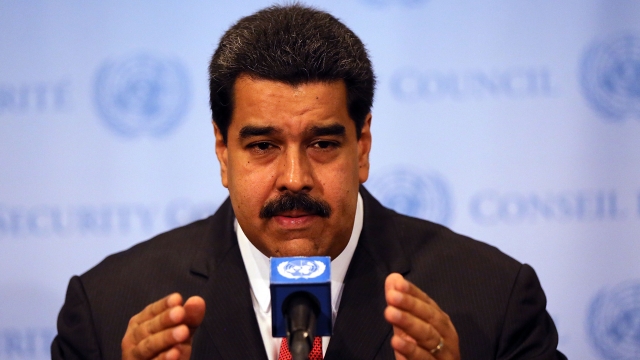 SMS
Critics Accuse Goldman Sachs Of Helping A Dictatorship
By Ryan Biek
By Ryan Biek
May 31, 2017
The investment bank bought bonds in Venezuela worth roughly $3 billion. The country, which is facing a food shortage, severely needs money.
SHOW TRANSCRIPT

Goldman Sachs is being heavily criticized for giving Venezuela's government close to a billion dollars.

The investment bank used the money to buy bonds in Venezuela's state-owned oil and gas company.

It may have been a good deal on Goldman's part. It got $3 billion-worth of bonds for about a third of the price.

But the transaction itself is controversial; many allege the bank is propping up a dictator.

A large majority of the country opposes President Nicolás Maduro. He's been accused of trying to grab power from other branches of government. And in recent months, forces loyal to him have killed several protesters.

One of the country's main opposition leaders said Goldman's deal will "strengthen the brutal repression unleashed against the hundreds of thousands of Venezuelans peacefully protesting."

On the other hand, Venezuela desperately needs cash. The socialist government controls the economy, and the country's lack of money has had serious effects on its people.

For example, the government controls wheat imports to make bread. Because funds are so low, it's only been importing a quarter of the wheat the country needs. 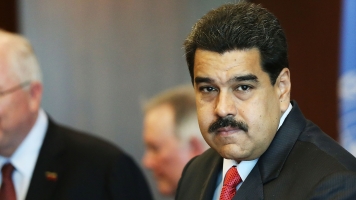 New Constitution Or New Leader? Venezuela's Struggle For Its Future

Venezuela's food shortage has been so bad, the average citizen has lost 19 pounds in the past year.

Maduro's government has denied a humanitarian crisis exists. Although Maduro said in March he asked the U.N. for help, he's had a history of refusing to accept foreign aid.

For its part, Goldman Sachs says it bought the bonds in a secondary market, meaning it wasn't a direct trade with Venezuela's government.

Still, opposition leaders say a future government could refuse to pay back any debt owed to the investment bank.