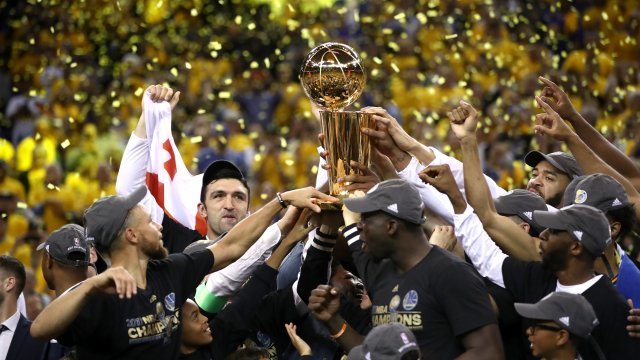 The Golden State Warriors are headed to the nation's capital in February, but not to visit the White House.

The team announced that decision Saturday, hours after President Donald Trump let them know they weren't welcome. Trump tweeted: "Going to the White House is considered a great honor for a championship team. Stephen Curry is hesitating,therefore invitation is withdrawn!"

It's a long-standing tradition for NBA champions to visit the White House. But both Curry and fellow Warriors star player Kevin Durant have said they wouldn't go to celebrate their NBA title even if they were invited. 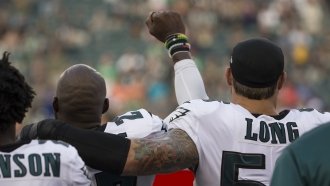 Trump's criticism of Curry came less than a day after a different complaint about a different league.

At a campaign rally for Sen. Luther Strange on Friday, Trump said: "Wouldn't you love to see one of these NFL owners, when somebody disrespects our flag, to say 'get that son of a b---- off the field right now. Out. He's fired.'"

He doubled down on that statement Sunday, suggesting NFL fans boycott games if players continue to protest during the national anthem.

Trump is facing a wave of backlash for those comments. Even his friend Robert Kraft, who owns the New England Patriots, said he was "deeply disappointed" by the president's tone.

Instead of visiting the White House, the Warriors say they'll use their visit to the nation's capital to "celebrate equality, diversity, and inclusion."