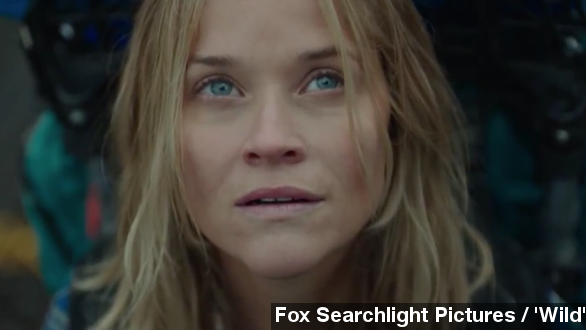 SMS
Golden Globes: TV Surprised Us, The Best Actress Race Didn't
By Lauren Zima
By Lauren Zima
December 11, 2014
The TV comedy category is filled with newcomers this year, but the nominations show there just aren't enough opportunities for women in Hollywood.
SHOW TRANSCRIPT

Golden Globes nominations were announced Thursday morning, and where the Screen Actors Guild awards snubbed, the Globes did not.

Also nominated for best drama are "Foxcatcher," "The Imitation Game," "Boyhood" and "The Theory of Everything."

Another "wow" factor with the best TV comedy category — big love for new shows. Or virgins. The CW's "Jane the Virgin" got two noms.

Netflix's "Orange is the New Black" got three, and Amazon's "Transparent" had two.

And newcomer "Silicon Valley" from HBO along with its longtime critical favorite "Girls" are up for the award.

Across the TV categories you'll see a lot of familiar faces — Claire Danes for "Homeland," "The Good Wife" earned noms ...

Though notably Viola Davis scored for ...

"How to get away with murder."

And Showtime's newcomer "The Affair" got three nods, including one for Ruth Wilson.

Which speaks to the question media have been asking for months — where are all the best actress options? The argument here? That women don't get enough opportunities in Hollywood.

Then again, the best supporting actor category for the Globes was the same as SAGs too — but the "supporting" race is typically not as tight. Because the Globes divide by drama and comedy/musical, there's more wiggle room to get a nod. Bill Murray is up for best Actor in a comedy/musical for "St. Vincent," and the flick's up for best picture. Who's ready for a Murray acceptance speech?

Ultimately the awards season frontrunners were confirmed Thursday. Leading the pack in overall nominations for the Globes was "Birdman" with seven, followed by "Boyhood" and "The Imitation Game" with five each. The Golden Globes air Jan. 11, and Newsy will be watching.