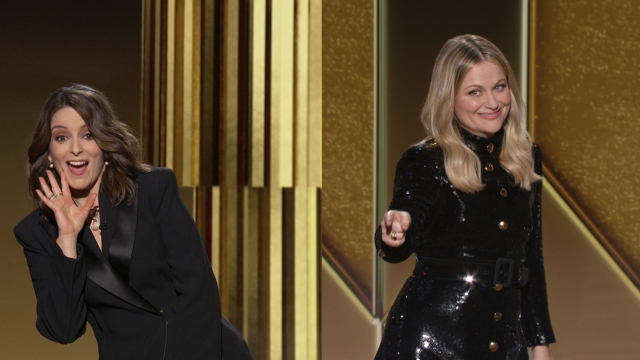 Tina Fey and Amy Poehler co-hosted the show from opposite ends of the country. Fey was in New York and Poehler in California.

No Hollywood stars were in the audience at the venues. Instead, first responders and health care workers filled their seats.

Some of the night's big winners include "Nomadland" for best picture drama, "Borat Subsequent Moviefilm" for best film comedy or musical and "Schitt's Creek" for best comedy series.

Chadwick Boseman posthumously won best actor in a drama film for his role in "Ma Rainey's Black Bottom." His wife accepted the award on his behalf.

Boseman died last year after a battle with cancer.