The Golan Heights Is Still A Flashpoint Between Israel And Syria 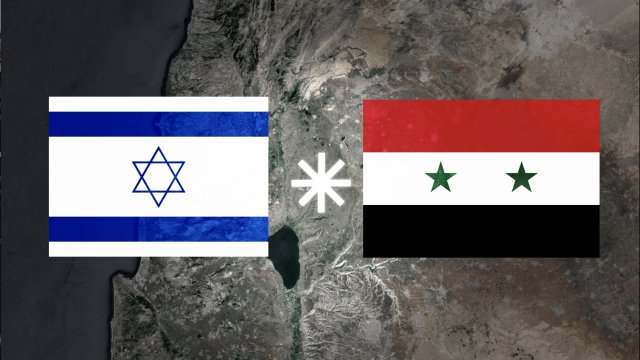 The border between Israel and Syria isn't a line: it's an asterisk. The two countries are separated by a narrow plateau known as the Golan Heights — which both nations say belongs to them.

Israel took control of the Golan Heights in 1967 during the Six Day War. After Syria launched a failed attempt to recapture the region in 1973, UN peacekeepers were set up along the Syrian border to enforce a ceasefire.

Syria still lays claim to the Heights, but in 1981 Israel unilaterally annexed the area, putting it largely under Israeli military and judicial control. That annexation was explicitly rejected by the UN Security Council, which still regards the territory as occupied Syrian land.

Israel argues it needs control over the Heights to maintain a border that's "free from threats or acts of force;" a right guaranteed to Israel by a separate UN resolution at the end of the Six Day War. Controlling the Heights gives Israel a tactical vantage point to monitor Syria from, as well as access to fresh water from the Sea of Galilee.

Retaking the Golan Heights has been one of Syria's key foreign policy goals: but years of brutal civil war have burned through the Syrian government's international goodwill and shifted its priorities to maintaining domestic control.

The U.S. historically hasn't acknowledged Israel's annexation of the region as legitimate, but President Trump says he intends to change that and recognize the Heights as Israeli territory. That move won't have much immediate impact on the ground, but could bolster Israel's claim to the region in future negotiations.

About 20,000 Israelis are living in the region, along with around 21,000 people identified as Syrian Arabs. Any change in the contested territory's legal or political status could have severe consequences for the people living there.