GoFundMe To Refund More Than $20M Raised For Border Wall 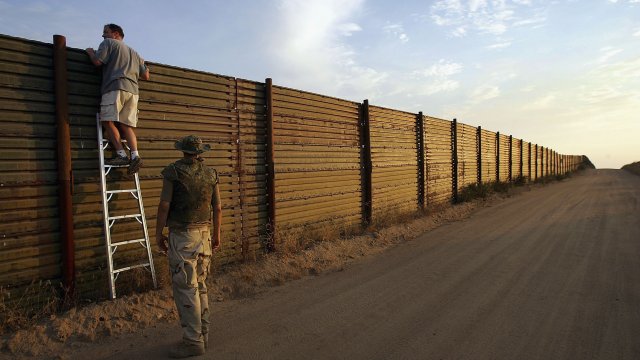 More than $20 million raised in a GoFundMe campaign aimed at helping pay for President Donald Trump's border wall plan is set to be refunded.

GoFundMe told The Hill the campaign organizer promised that the donations would be fully refunded if the whole $1 billion goal wasn't reached. The crowd funding company said that goal wasn't met, so it will start issuing full refunds.

Iraq War veteran Brian Kolfage founded the campaign in December to raise money for the government to build the southern border wall. But, on Friday, Kolfage said the federal government probably won't accept the money anytime soon because those donations would need congressional approval, and he didn't think the Democrat-controlled House would rubber-stamp it.

Kolfage said he's now accepting donations to his non-profit "We Build the Wall, Inc." He gave people who donated to his original GoFundMe campaign the option to transfer their contributions to the nonprofit, instead of receiving refunds.

The vet said the donations would be used to fund an effort to build the border wall on private lands. He said he "will personally not take a penny of compensation from these donations."