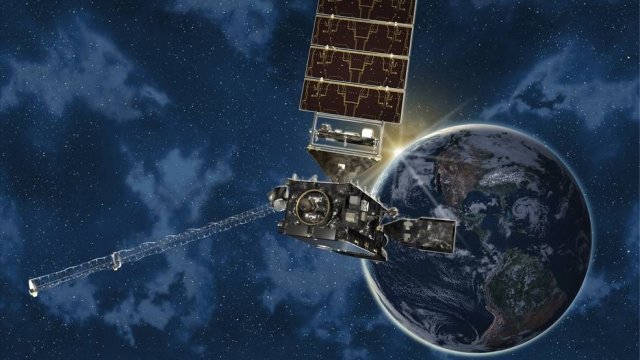 GOES-S is the next satellite to upgrade our space-based weather forecasting.

The better our weather-watching tools, the better we can predict what tomorrow's weather will be like. The latest satellite from the National Oceanic and Atmospheric Administration is going to take the West Coast up to the cutting edge of space-based forecasting.

GOES-S is the second of four planned satellites to upgrade NOAA's eyes in space with faster, more capable cameras. It will replace the oldest of the twin satellites that watch all the weather in the western hemisphere, from the Atlantic coast of Africa all the way to New Zealand.

Western wildfire monitoring will get a huge boost, especially in Alaska, where current satellites don't have much resolution. Meteorologists will also have a better picture of Pacific hurricanes and fog on the West Coast. And new lightning detectors will show in near-real time where and how storms gain their strength, which will lead to quicker flood and tornado warnings.

A new satellite will provide much faster, clearer images of severe weather.

GOES-S launched under clear skies, which is a good sign for any weather satellite. Once it makes it into orbit, mission managers will deploy and test its instruments over the course of several months.

It will start its official work in late 2018 — but as with GOES-16, we can expect to see fine visuals of the West Coast a few months before then as its cameras get warmed up.