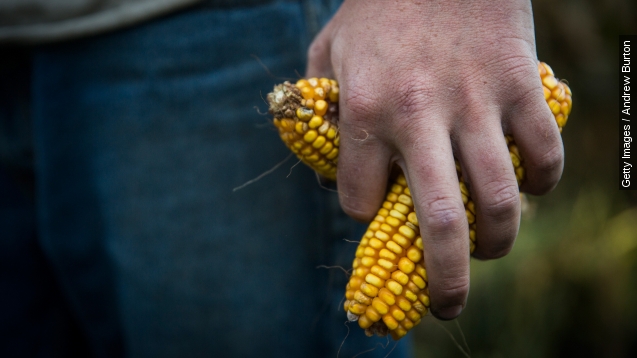 SMS
GMO Food Bill Moves Forward Amid Animosity And Confusion
By Matt Patston
By Matt Patston
July 24, 2015
The House approved a bill barring states from requiring labels on GMO-based foods. The bill is controversial, to say the least.
SHOW TRANSCRIPT

The House of Representatives passed a bill barring states from requiring GMO labels on bioengineered foods –  and the political divide is so deep it even affects the name of the bill.

The Republican-controlled House passed H.R. 1599 under the name "The Safe and Accurate Food Labeling Act," but some liberal consumer groups and Congress members prefer "The Denying Americans the Right to Know," or "DARK" Act.

Supporters say it will keep food costs down and make agriculture less complicated. The bill would override state legislatures that have passed laws requiring that companies using Genetically Modified Organisms — or GMOs — include that information on food labels.

Vermont, Connecticut and Maine have already passed such laws.

In a Facebook post, the House Agriculture Committee said this bill "establishes a voluntary, nation-wide program that gives consumers what they want while protecting advancements in food production technology and innovation."

As you may have gathered from the name "DARK Act," detractors aren't too happy. They say it keeps consumers in the dark about the real ingredients in their food.

The science around GMOs has been clouded in the debate. A Pew Research study showed that 88 percent of scientists think GMOs are safe for consumption, but only 37 percent of American adults think the same.

The bill now heads to the Senate, and it still carries its official name: "The Safe and Accurate Food Labeling Act."