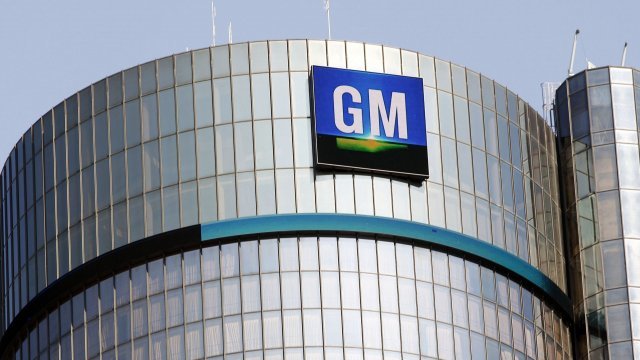 By Caitlin Baldwin
November 26, 2018
General Motors announced a sweeping plan it says will save it $6 billion a year by the end of 2020.
SHOW TRANSCRIPT

As part of a sweeping new plan to cut costs, General Motors is closing five plants and laying off 15 percent of its salaried workers.

GM made the announcement Monday. The layoffs will include a quarter of the company's executives, which GM says will "streamline decision making."

GM says the changes will save the company $6 billion a year by the end of 2020.

Three assembly plants in Detroit, Ontario and Ohio will close, as well as propulsion plants in Baltimore and Michigan.

CNN points out those plants primarily made sedans, which GM is moving away from.

GM says it's turning its focus toward trucks, crossovers and SUVs, as well as new technology and electric vehicles.

The United Auto Workers union says GM's decision "will idle thousands of workers" and has vowed to challenge it.

And in Canada, Prime Minister Justin Trudeau said he was disappointed in the announcement and will do everything he can to get affected workers "back on their feet."