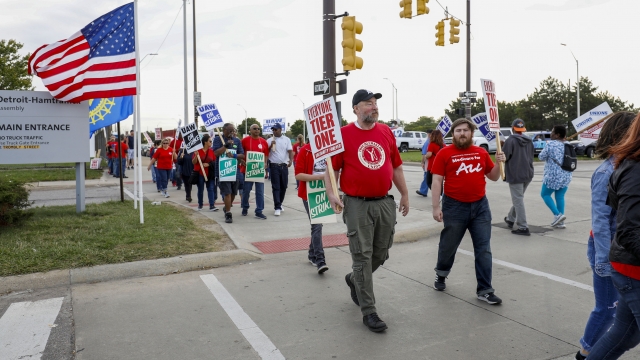 General Motors is reportedly closing pickup truck and transmission factories in Mexico because of a parts shortage, which the company is blaming on an ongoing workers' strike in the U.S. That's according to The Associated Press.

On Tuesday, the company temporarily laid off 6,000 workers at its plant in Silao, Mexico. The plant produces Chevrolet Silverado and GMC Sierra pickups.

The strike, which includes more than 45,000 United Auto Workers union members, started on Sept. 16 after the union and GM failed to reach a deal. The two are trying to hash out their differences when it comes to pay, health care benefits, profit sharing and more.

This is the first UAW strike in over a decade. JP Morgan estimates it's cost GM more than $1 billion so far.

GM sent the UAW a proposal Monday night, but the UAW's vice president said it didn't meet the demands or needs of members. The union submitted a counterproposal on Tuesday and is now waiting for GM's response.