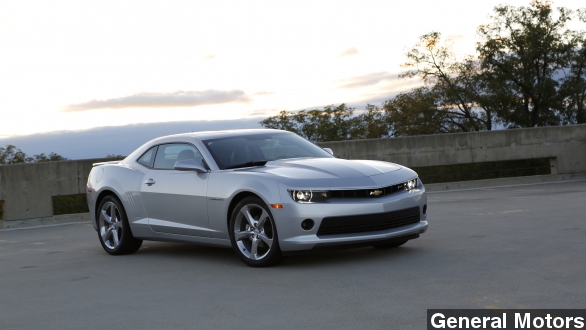 The Camaro accounts for the bulk of this recall with more than 400,000 cars from 2010 - 2014 needing replacement parts. A driver's knee can reportedly bump the key FOB and cause the key to move out of the "run" position, which could cause the vehicle to lose power.

GM said in a statement it knows of "three crashes that resulted in four minor injuries" that might have been caused by this issue, according to their official statement.

Saab convertibles from 2004 to 2011 were also recalled for a cable in the driver's side front seatbelt retractor that could break. (Via Wikimedia Commons / IFCAR)

The 2012 Chevy Sonic was recalled for an issue with the transmission turbine shaft. (Via General Motors)

And the 2014 Buick LaCrosse was recalled due to a wiring issue in the driver's side door. (Via General Motors)

GM CEO Mary Barra is scheduled to testify in front of a House subcommittee in Washington June 18 on how the company allowed the deadly defect to go undisclosed for more than a decade.

After 38 separate recalls already this year, CBS reports that GM has had to call back five times more cars than it sold in all of 2013.

Forbes pointed out earlier this month its great that GM has issued recalls but only 64,000 drivers have brought their cars in to have parts replaced, which means that there are still over 2 million defective cars on the road posing a potential danger to their drivers, passengers and other motorists.