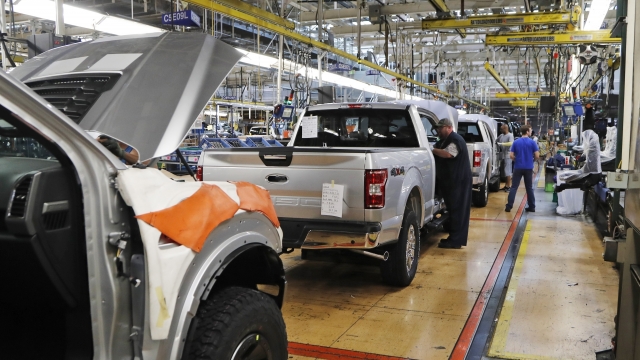 Ford, General Motors and Fiat Chrysler, known as the Big Three, will shut down production across North America to help protect workers from the coronavirus.

Ford said it will halt production starting Thursday evening through March 30. General Motors said it will pause production until at least March 30, and Fiat Chrysler will suspend production through the end of March.

The three companies made the announcement after United Auto Workers urged them to shut down for two weeks. The companies originally agreed to a partial rotating shut down. On Wednesday, UAW's president said the shutdown gives them time "to review best practices when the plants reopen."

Ford temporarily closed its Ford Michigan Assembly Plant Wednesday morning after a worker tested positive for the coronavirus. It said it is thoroughly cleaning and disinfecting the building.

In a statement, GM's chairman and CEO said: "We have been taking extraordinary precautions around the world to keep our plant environments safe and recent developments in North America make it clear this is the right thing to do now."

FCA's CEO said: "We will continue to do what is right for our people through this period of uncertainty."

Honda and Nissan have also paused production in the U.S.