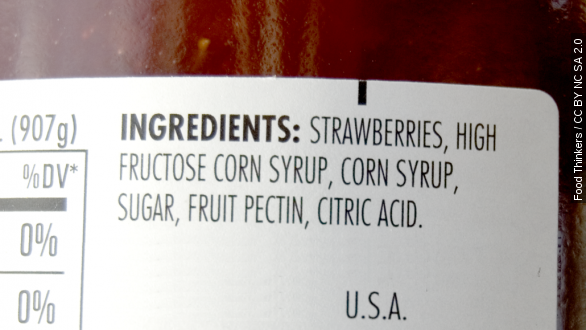 Skipping that second helping at dinner might not be all "mind over matter," according to a study on sugar.

Researchers at the University of Southern California found fructose, a fruit sugar often used as a sweetener, could encourage overeating.

To test this theory, the researchers pitted fructose against its sugary cousin glucose, which triggers the production of insulin.

Using a small sample of 48 young adults, researchers gave participants drinks sweetened with either fructose or glucose. Then they showed the groups pictures of food, like chocolate cake. Participants described how hungry they felt while hooked up to a brain scanner which reported signals from the "reward center" of the mind. Overall, hunger was greater in the fructose drinkers.

The catch: Typically people don't consume just one or the other.

However, a peer review of the study speculated fructose does not trigger the same insulin response in the body as glucose. A poor response can lead to overeating, weight gain, heart problems and more.

So why does the food and beverage industry rely so heavily on fructose? It’s cheaper to use than cane sugar. It's also more stable and mixes more easily in processing. Counter studies have tried to explain our body can't tell the difference when breaking down fructose versus regular sugar.

If more tests involving insulin production prove otherwise, it could make a strong case against the industry's favorite sweetener.

The takeaway for you: stick with nutrient-rich foods and whole grains if you want to avoid fructose. (Video via U.S. Department of Agriculture)