White Supremacy Is A Global Issue That Needs A Global Response 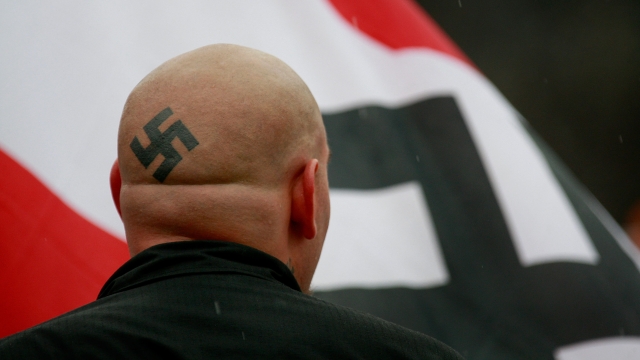 World leaders have condemned the attack in New Zealand, but there's been little talk about how to address the ideology that led to the violence.

Through his manifesto and use of symbols, like this black sun, we know the New Zealand mosque attacker was inspired by white supremacists from around the world.

He illustrates how white supremacist ideology and violence transcend borders from one nation to the next.

And while world leaders have condemned the attack, they haven’t done much to prevent future attacks based on white supremacy.

"If we call it what it is — which is white power activism, white power violence — what we can begin to do is put together different acts of violence that otherwise seemed like the work of one or a few people."

"That strategy comes from the white power movement. It's part of something called leaderless resistance, which is a plan to work in small person cells without prosecutable ties to leadership such that they can avoid prosecution in court. And it works really well for that. It's tremendously successful. But the long legacy of leaderless resistance, the more poignant aftermath of it as a strategy, has been that this movement has sort of disappeared from our understanding."

Belew uses the 1995 Oklahoma City bombing as an example of how — in her words — the white power movement went unnoticed. Prosecutors painted bomber Timothy McVeigh as a "twisted" man who hated the government, but not a white supremacist. In fact, he was inspired by the racist novel "The Turner Diaries" and had purchased a "White Power" shirt at a KKK rally. And yet, Belew says, McVeigh has been mischaracterized as a "lone wolf."

"People tend to still think of the Oklahoma City bombing as the work of one or a few people and sort of disconnected to a broader ideology, or maybe even tangentially connected to one part of this. But McVeigh and his co-conspirators were deeply embedded in the white power movement."

Framing attacks like the New Zealand mosque shooting as another instance of white supremacy violence could help prevent future attacks. To see how, we can take a look at violence committed by attackers who are — or are perceived to be — Muslim.

"I know that the media tends to fixate and gravitate towards culprits that are brown, Muslim or black, you know, in a more acute way, in a more kind of involved way than when the culprits are white."

Khaled Beydoun is a law professor and a contributing scholar at the Institute For Policy & Understanding, or ISPU.

According to a 2018 ISPU report on ideologically motivated violence, perpetrators who were perceived to be Muslims were labeled as "terrorists" more often, received double the media coverage and received sentences that were four times longer than non-Muslim perpetrators who committed similar crimes.

This matters not only because the potential sentences for criminal charges versus terrorism charges differ by years in prison. Unequal media treatment impacts the Muslim community as a whole.

"Muslim Americans, young and old, first-generation, immigrant, multiple generation, and new to the country think twice about expressing their religion in ways that they want to, in ways they see fit, because they're always conscious of the fact that conservative or pious expressions of religion are going to trigger suspicion of terrorism."

This unequal treatment persists despite the fact that the U.S. government knows "White Supremacist Extremism Poses Persistent Threat of Lethal Violence" — that's the title of a Homeland Security report. And, as we've reported, that threat is growing both in the U.S. and abroad.

Grouping similar acts of white supremacy violence could affect how those acts are prosecuted and, ultimately, what resources are allocated to stop those threats.

Belew adds that connecting the shootings in Norway, Charleston, Pittsburgh and New Zealand could help address the global threat of white supremacy violence.

"They are racist and Islamophobic and anti-Semitic acts of violence, but they're also white power movement violence, and therefore they all belong in the same story, the same conversation and the same sort of set of responses that might seek to understand and contain this kind of violent action."