Global Warming Can Lead To Extreme Cold, Too 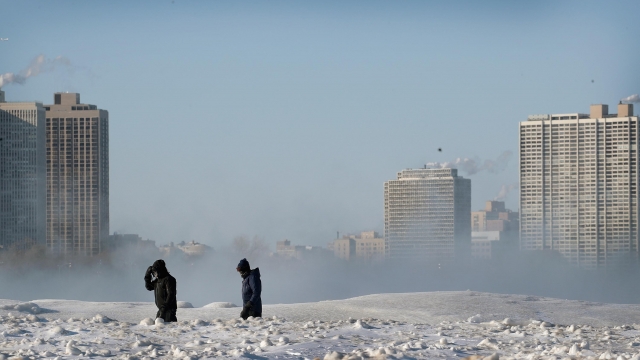 SMS
Global Warming Can Lead To Extreme Cold, Too
By Tyler Adkisson
By Tyler Adkisson
February 1, 2019
Some atmospheric scientists believe changes in climate may weaken the jet stream, which makes it easy for cold air to drift over North America.
SHOW TRANSCRIPT

As millions of Americans endured life-threatening polar temperatures, President Donald Trump tweeted another skeptical challenge of climate change — if it's so cold out, how could global warming exist? It may seem counterintuitive, but some research suggests extreme cold and snowstorms are exactly what we should expect from climate change, especially in the near future.

Research into the subject is still relatively new, but some of it has found that when Arctic ice and snow melt, it exposes ocean and land surface that absorb more heat. Scientists think this has helped the North Pole warm up so quickly that it's weakening the jet stream, which keeps cold air corralled up north.

Scientists think if the barrier stays weak, polar winds could keep drifting into North America and cause record low temperatures. Some studies have also shown that as the jet steam's boundaries get wavier and wavier, they can lead to more frequent extreme weather conditions, like heat and cold waves. 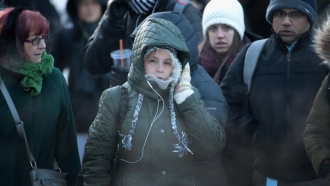 These clashing pressure systems could also make some winter storms more intense. Melting ice caps have put more water into the atmosphere since the 1970s, and when cold arctic air dips over the Atlantic ocean, it can increase the amount of snow and rain in storms.

Flash periods of cold weather also don't show the long-term climate trend, which scientists say is toward higher average temperatures and more extreme heat events all over the world. In the past decade alone, the U.S. has broken record high temperatures twice as often as low ones. Arctic sea ice was at record lows in 2018, and Australia endured a heat wave where temperatures were as high as 120 degrees Fahrenheit.