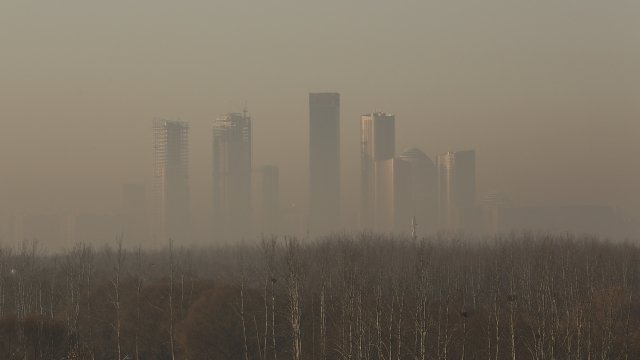 A new United Nations report says global greenhouse gas emissions were still increasing as of 2017 and that countries around the world need to take "urgent action" to curb its effects.

According to the report, global carbon dioxide emissions reached 53.5 billion tons in 2017, a 1.2 percent increase from the year before. The U.N. says emissions need to be 25 percent lower by 2030 in order to keep global temperatures from increasing beyond the 2 degrees Celsius-threshold set by the Paris climate agreement. But the report points out that the current actions by countries to cut emissions aren't going to be enough to reach that goal.

This doesn't mean that it isn't possible to hit the Paris agreement's target. But the report says countries will have to step up efforts at least three-fold to stop global temperatures from rising more. The U.N. recommends governments invest more in clean technology, tax fossil fuels and subsidize low-emission alternatives.

The U.N. report echoes the same sentiments of a report released roughly two weeks ago by Climate Transparency group.