'Global Gag Rule' May Be Harming The Fight Against HIV/AIDS 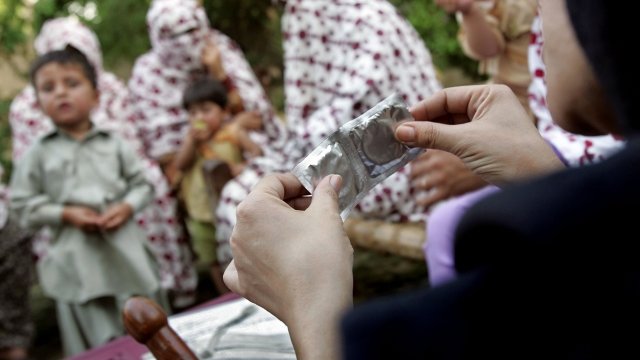 SMS
'Global Gag Rule' May Be Harming The Fight Against HIV/AIDS
By Ethan Weston
By Ethan Weston
July 28, 2018
The policy dates back to the 1980s and was reinstated by President Donald Trump last year.
SHOW TRANSCRIPT

Researchers at this year's International AIDS Conference say a newly reinstated U.S. policy may be hurting the global fight against HIV/AIDS.

The policy, sometimes called the "global gag rule," dates back to the 1980s and was reinstated by President Donald Trump last year. It blocks the U.S. government from giving federal funds to any foreign organizations that provide abortions.

But researchers at the International AIDS Conference say the policy is disrupting women's health services, which in turn impacts the fight against HIV/AIDs.

One study presented at the conference found that organizations around the world have already lost tens of millions of dollars in funding. That loss of funding will likely lead to losses of some sexual and reproductive health services.

Another study found the loss of those services was already happening in a number of places. For instance, in the African country of Lesotho — where 1 in four women are infected with HIV — USAID was forced to end condom shipments.

NBC News reports in some of the countries hardest hit by HIV/AIDS women are twice as likely to have HIV than men, so women's health care is where the fight against the virus often begins.

Worldwide nearly 37 million people were living with HIV at the end of 2017 with the highest concentrations in Africa and the Americas.