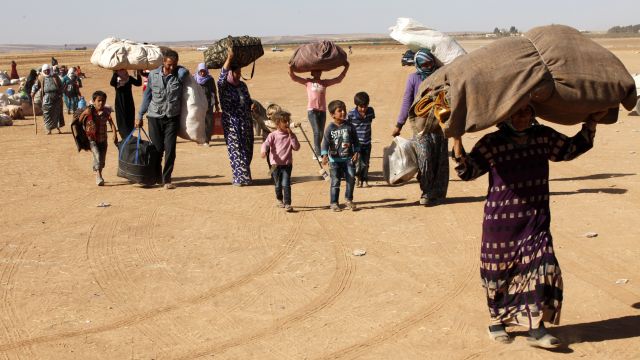 SMS
The Total Number Of People Displaced Worldwide Hit A Record In 2016
By Kaveh Kardan
By Kaveh Kardan
June 19, 2017
The total of those displaced from their homes worldwide in 2016 was about 300,000 more than in 2015, according to a U.N. refugee agency report.
SHOW TRANSCRIPT

65.6 million: By the end of 2016, that's how many people were displaced from their homes, according to the U.N refugee agency. That total is a record high and is 300,000 more than the year before.

The report defines refugees as those forced to leave their homes for other countries. People internally displaced are defined as still living in their home country, but have nowhere to actually live. Then there are asylum-seekers who have fled their country but haven't been granted refugee status. 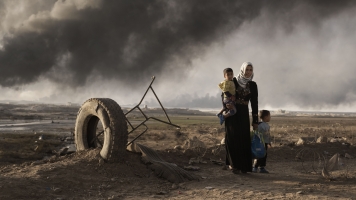 Here's Just How Many Displaced People There Were In 2016

The U.N. attributes a lot of that uptick to the Syrian war. Twelve million people in the country were forced to abandon their homes in 2016 — that's more than half of the country's population.

The report says following Syria's totals, Colombia has the second highest displaced population in the world at 7.7 million, then Afghanistan with 4.7 million, Iraq with 4.2 million and South Sudan at 3.3 million. The ranking does not include the 5.3 million registered Palestinian refugees.

South Sudan has the fastest-growing displaced population in the world after peace efforts in the country fizzled out in July. The majority of those displaced in the sub-Saharan country are children.