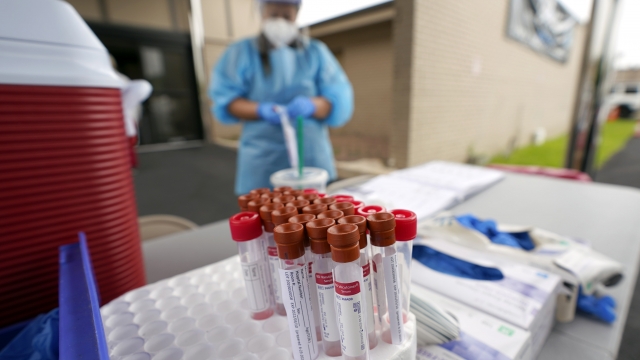 The number of global coronavirus cases hit the 10 million mark on Sunday, while the death toll nears 500,000.

As the coronavirus continues to spread across the globe, Johns Hopkins University reported that the total number of coronavirus cases surpassed 10 million by the end of the weekend. The United States makes up about a quarter of known infections around the world, with at least 2.5 million cases.

Appearing on CBS's Face the Nation, Vice President Mike Pence on Sunday defended the Trump administration's handling of the pandemic.

Pence said, "Because of the leadership that President Trump has brought to this task, we're in a much better place to respond to these outbreaks than we were four months ago. Today we are now testing 500,000 Americans a day. We are able to do a great deal more surveillance and community testing than ever before....We are focused, our entire team is focused, on working with governors to make sure we meet this moment.

Loosening lockdown restrictions and Americans ignoring social distancing are being blamed for the surge in total U.S. cases and percentage reporting positive in those cases.

That's forced some states to hit reverse: Bars in Texas and Florida have been ordered to close. And there are reports that the E.U. will ban travelers from the U.S. because of the high numbers.

Brazil has the second highest number cases in the world with more than 1.3 million. In China, Beijing officials say they've contained a second wave of the virus after an outbreak from a market in early June.