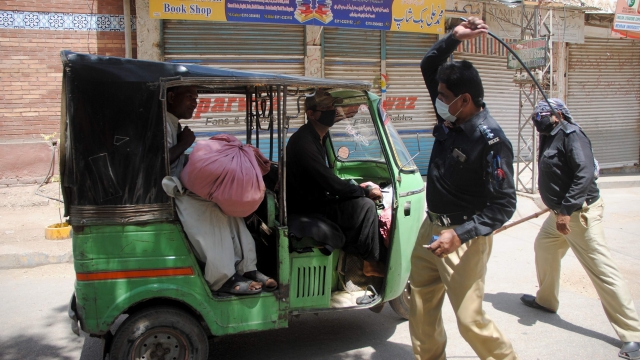 The outbreak has been considered a pandemic for almost a month.

More than 1 million people have now been diagnosed with the coronavirus worldwide.

That's according to the latest data from Johns Hopkins University. Over 54,000 people have died, and nearly 220,000 have recovered.

The illness started in late December, when the first case of COVID-19 was reported in Wuhan, China. The World Health Organization declared it a pandemic on March 11.

Half the planet is under lockdown. That's roughly 4 billion people.

Nearly a quarter of confirmed cases are in the U.S., topping Italy, Spain and China. The White House said fatalities from the virus will likely peak by mid-April. Officials predict as many as 240,000 Americans could die from COVID-19.

President Trump has extended federal social distancing guidelines until April 30. Under those guidelines, elderly people are urged to stay home and all Americans are advised to avoid gatherings of more than 10 people. The nation's infectious diseases expert Dr. Anthony Fauci has pushed for the federal government to issue a nationwide lockdown.